Should Have Proofed That: 7 of History’s Greatest Typos

As a provider of online proofing software, we’re well aware that mistakes are a part of life. A big part of what we do is make it as easy as possible to catch them early – before you launch the website, release the video, or print the packaging. But there was a time when collaborative review was much more difficult. The past is littered with hilarious, unfortunate, and costly errors that the writers could have avoided with some careful proofing.

Some of history’s greatest typos prove that a simple proof would have helped!

Could these typos and mistakes have been prevented if only the people responsible had access to ReviewStudio? That said, here are seven of history’s greatest typos and errors.

How many times have you published a post or sent an email, only to realize there was a word missing that your brain had helpfully convinced you was there? The Wicked Bible, also sometimes called the Sinners Bible or the Adulterous Bible, was created by the omission of just three letters. When it was printed in London in 1631, the publisher skipped a crucial word in the Ten Commandments.

A thousand bibles were printed with this error, but it took around a year for the problem to come to light. Publishers Robert Barker and Martin Lucas were summoned to court by King Charles I. They were fined $500 (roughly $100,000 adjusted for inflation) and ignominiously stripped of their publishing licenses. Most of the bibles were destroyed, though about 10 survived.

There is some debate amongst academics about whether the omission was a genuine mistake or an act of sabotage by a jealous publishing rival. It’s by no means the only bible to contain an unfortunate error: a bible from 1653 promises that ‘the unrighteous will inherit the kingdom of heaven’, and a 1702 edition sees David complain of persecution by ‘printers’ (rather than princes).

A missing or incorrect word can be hard to spot but can entirely change the meaning of a sentence. Develop a habit of breaking up content or reading it back to ensure you aren’t mentally adding words that aren’t there.

The error with the most explosive consequences on our list comes from NASA. On July 2nd, 1962, the Mariner 1 space probe launched.

Within 5 minutes, it had veered dangerously off course, and the controllers had to destroy the unmanned probe to ensure that it didn’t crash in an inhabited area.

The main culprit for the disaster? A mistake was made in the written guidance equations omitting the symbol R-bar or R̄, used in math to represent the radius of a circle. The missing symbol allowed incorrect guidance instructions to be sent to the probe, causing it to make a series of unnecessary course corrections.

Mariner 1 was intended to be America’s first interplanetary probe and perform a flyby of Venus. Instead, it stands as a striking example of how minute oversights can have devastating consequences. Science Fiction writer Arthur C. Clarke called it “the most expensive hyphen in history,” (Although, it wasn’t really a hyphen but an R̄!)

Even the most minor issue could have unforeseen consequences, particularly when it comes to technical information. And always check your code.

Imagine making an error that is quite literally set in stone. The Lincoln Memorial in Washington DC is one of the US’s most famous monuments and took twelve years to plan, build, and open. Amongst other inscriptions, it features an engraving of President Lincoln’s second inaugural address.

Unfortunately, the craftsman carved an E instead of an F, turning the word ‘future’ into ‘euture’. The mistake has since been corrected by filling in part of the offending letter. To this day, it’s a mystery whether this was an unnoticed error from the design and planning phase or whether the craftsman was simply having an off day.

Be incredibly careful to double-check everything before committing, particularly if pressing backspace isn’t going to be an option. As they say, measure twice, cut once.

Some of the most impactful errors (and, unfortunately, also the easiest to make) involve numbers. One of these has profoundly impacted generations of children who would rather not eat their greens.

In 1870, a German chemist named Erich von Wolf was measuring the iron content of various foods. A misplaced decimal recorded spinach as having 35 grams of iron rather than 3.5 grams.

It took 67 years for this mistake to be discovered. In that time, spinach’s reputation for being an iron-rich superfood firmly took hold, helped significantly by the cartoon character of Popeye the Sailorman, who owed his bulging muscles to the vegetable. Even after the error was unearthed by a team in 1937 and more accurate figures began to appear,  people still wholeheartedly believed in the immense strengthening power of spinach. To this day, its exaggerated reputation as a superfood has survived.

Even if you correct a mistake, there’s no taking it back once it has gained a life of its own. So, enjoy this Popeye compilation (knowing that his character was built on a myth).

If we expect one thing from a dictionary, it’s accuracy. Unfortunately, this isn’t always a given. And not only because words and usage are evolving all the time. Sometimes, it’s down to a good old-fashioned mistake.

In 1939, an editor for Webster’s International Dictionary discovered the word ‘dord‘ in the 1934 edition, identifying one of history’s greatest typos – if only because it’s the one place where you never expect to see one. It was supposedly a synonym for density, used by chemists and physicists. He investigated and discovered that the word had no traceable origin. Eventually, the source was traced to an editor’s note of ‘D or d’, intended to show that the word ‘density’ could be upper or lowercase. The note had been accidentally incorporated into the dictionary as a brand-new word.

It took years for ‘dord’ to stop appearing in copycat dictionaries, but disappointingly it failed to take off amongst chemists and physicists (or anyone else) in that time. Instead, it is infamous amongst lexicographers as a particularly egregious example of a ghost word, the term for this sort of mistaken inclusion. Others that have haunted dictionaries over the years are ‘phantomnation’, ‘cairbow’ and ‘momblishness’.

It’s crucial to have a robust proofing method when collaborating to reduce the likelihood of misunderstandings. But yes, mistakes happen to the best of us. And they are best when no one gets hurt.

Errors happen from time to time. But for one British daily newspaper, it became something of a curse. When publications still relied on manual type-setting, The Guardian was infamous for misprints. So infamous, in fact, that the satirical magazine Private Eye nicknamed it the ‘Grauniad’ in the 1960s.

While you can forgive a newspaper a lot due to the speed and urgency required to get a daily issue out on time, some of the typos featured in The Guardian over the years were distinctly unfortunate. For example, in 1838, a story blamed unrest in the town of Todmorden on ‘writers’ rather than ‘rioters’. And in  1928, a baffling printing error made it appear that someone was condemning ‘heartless milliners’ rather than ‘heartless sneerers’.

The Guardian has since embraced this former reputation as a self-deprecating joke, producing their own hilarious summary of the best and worst misprints to celebrate the paper’s 200th anniversary.

If you do make mistakes, have the confidence and class to own them. 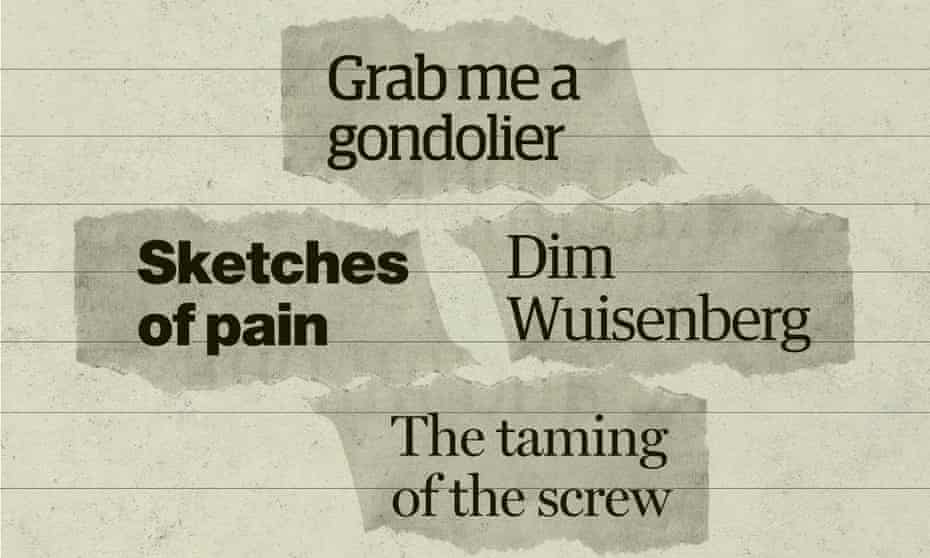 This final example is quite fascinating. While James Joyce was writing Finnegan’s Wake, he apparently wrote a few sections of the book by dictating it to his friend, novelist Samuel Beckett.

While they were at work, there was a knock at the door, and one of them told the visitor to ‘come in’, which Beckett included in the manuscript. Joyce reportedly discovered the unintended addition but decided that it fit well with the chaotic, fragmentary style of the book.

It’s always crucial to check that your transcripts say what you intended. Particularly now, when we often rely on computer voice recognition. Who knows, you might even discover an accidental stroke of brilliance.

From missing words to misplaced decimal points, typos, and rogue letters, there are so many tiny errors that could derail the success of your project (or at least leave you red-faced at your next meeting). History’s greatest typos show us that a single letter or symbol can make all the difference.

Luckily, we live in an age where proofing has been made quick, easy, and collaborative. Properly managing your creative workflows can keep you and your colleagues from becoming an unwilling part of this venerable tradition of mistakes, misprints, and misunderstandings.